Cranham Common is one of a number of very special “unimproved grassland” commons on limestone soil, and is at the heart of the village of Cranham.

There are 6 limestone commons in Gloucestershire, all managed by Natural England: 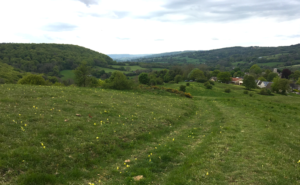 These ancient grasslands are rich habitats for wild flowers, butterflies, bees and many more creatures. In the 1930’s, limestone grassland covered 40% of the Cotswolds area. Now it covers just 1.5% – which is over half of the UK’s total area of this habitat.  The rich diversity of limestone grassland is lost when they are “improved” for farming by reseeding and fertilising.

Limestone grasslands must be appropriately managed to maintain their special wildlife. They need the right livestock grazing to prevent them becoming overwhelmed by scrub and young woodland, and the fertility of the soil must remain low if the special plants are not to be out-competed and lost.

Cranham Common is part of the Cotswolds Area of Outstanding Natural Beauty (AONB), the largest AONB in England and Wales.

Cranham is part of the Cotswold Commons and Beechwoods National Nature Reserve (NNR), which is the largest nature reserve in the Cotswolds. It is largely made up of a chain of beechwoods and limestone grasslands around the upper slopes of the Painswick Valley. NNR’s are a government designation aimed at protecting some of our most important habitats, species and geology, and to provide ‘outdoor laboratories’ for research.

The core grassland of Cranham Common is designated as a Site of Special Scientific Interest (SSSI), a status recognising its environmental importance and which gives it high statutory protection as a conservation area. 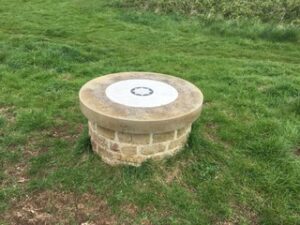 In 2008 the Common came up for sale for the first time in 150 years. The village pulled together along with help from two local trusts to raise the £120,000 needed to buy the common.  Cranham Common Trust was created as the new owner of 24 hectares (60 acres) of the Common.

for its management. A memorial plaque with the names of contributors is sited at the top of the common near the corner of Stoney Field ( the field adjacent to the cricket club).

Who looks after the Common?

There are 4 primary organisations involved with the Common.

CCT own most, but not all, of the grassland of Cranham Common plus the village pond.  A number of other parties also own modest parts of the Common, including the National Trust, The Scout Association, and some neighbouring properties. CCT is responsible for legal matters, rights of way to properties, wayleaves etc.

Cranham Common Trust is run by a board of 9 directors elected by its members for 3 years at the AGM.  The board directors are all volunteers and receive no financial reward.

The day-to-day management of the whole of the Common is undertaken by the CCMC.  The CCMC is open to all residents in the parish, members are elected at the Annual Cranham Parish meeting. Working closely with Natural England and National Trust, CCMC move the cow fencing as needed and organise scrub clearance over the winter months.

NE lease the core grassland from Cranham Common Trust.  NE is responsible for managing the grassland to maintain an optimum diverse habitat for flora and fauna.

NT own, are responsible for, and care for the cattle. 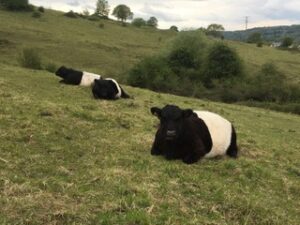 Cranham cows are Belted Galloway’s owned and cared for by National Trust.  They are all older cows chosen for their docile nature.

Cranham volunteers move the fencing for the grazing paddocks every few weeks, and we are in the final stages of planning an open

grazing system that will allow the cows to graze the whole common. This is expected to be in place Spring 2021.

Cranham Common is important for wildflowers, reptiles, butterflies and other insects. The common is rich in approximately 180 species of wild flowers, including many orchids such as common spotted, pyramidal, fly, lesser butterfly and early purple orchids as well as other limestone plants like milkwort, rock-rose and thyme.

More than half of England’s butterflies have been recorded on the common including the small blue and chalkhill blue.  Many other insects are also present including the rugged oil beetle, glow-worm and the scarce rufous grasshopper. The common also supports a diverse population of invertebrates including the Rufous grasshopper, glowworm, slowworm, adder and grass snake.

Areas of scrub and woodland edge complement the open grassland, and support many notable bird species such as tree pipit, linnet and bullfinch, as well as providing cover for adders and small mammals.

This website uses cookies to improve your experience while you navigate through the website. Out of these, the cookies that are categorized as necessary are stored on your browser as they are essential for the working of basic functionalities of the website. We also use third-party cookies that help us analyze and understand how you use this website. These cookies will be stored in your browser only with your consent. You also have the option to opt-out of these cookies. But opting out of some of these cookies may affect your browsing experience.
Necessary Always Enabled
Necessary cookies are absolutely essential for the website to function properly. This category only includes cookies that ensures basic functionalities and security features of the website. These cookies do not store any personal information.
Non-necessary
Any cookies that may not be particularly necessary for the website to function and is used specifically to collect user personal data via analytics, ads, other embedded contents are termed as non-necessary cookies. It is mandatory to procure user consent prior to running these cookies on your website.
SAVE & ACCEPT